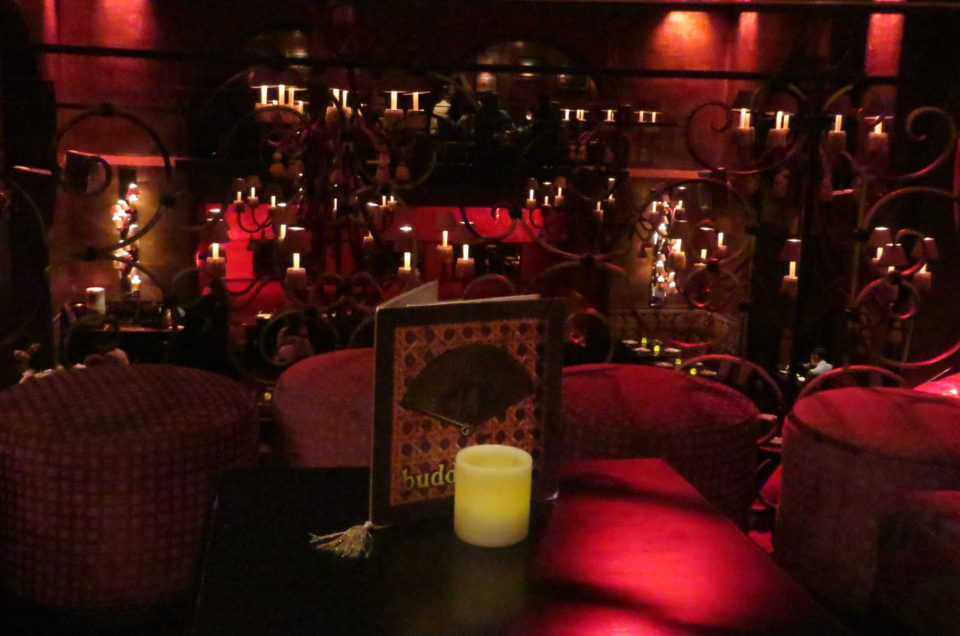 What is characterizing The Buddha Bar…

Few are the drinking establishments or restaurants current on four continents. The Buddha Bar group gathers 15 bars/restaurants all around the world. In each establishment, we find the same decoration of some kind of Asian inspired chic that makes its fame. The parisian Buddha Bar, the first of the franchise placed in the 8th district of Paris at the Rue du Faubourg Saint-Honoré, brings a clientele composed of wealthy tourists, executives of large companies and also golden parisian youth. 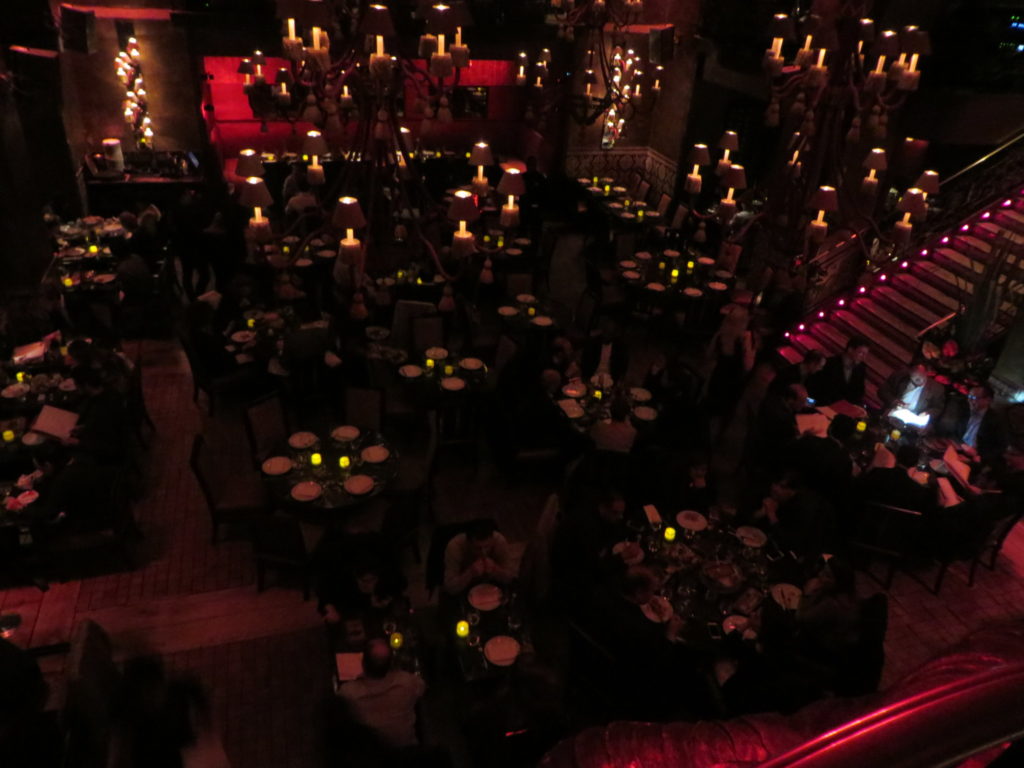 The entrance is felted, the shades are dark to red tendency. Its restaurant is set in a very large room with a huge statue of Buddha, the bar is located on a mezzanine all around the restaurant. The decoration comes from the visionary imagination of its founder: Raymond Visan.
It features dark wood furniture, prints and chic lanterns. 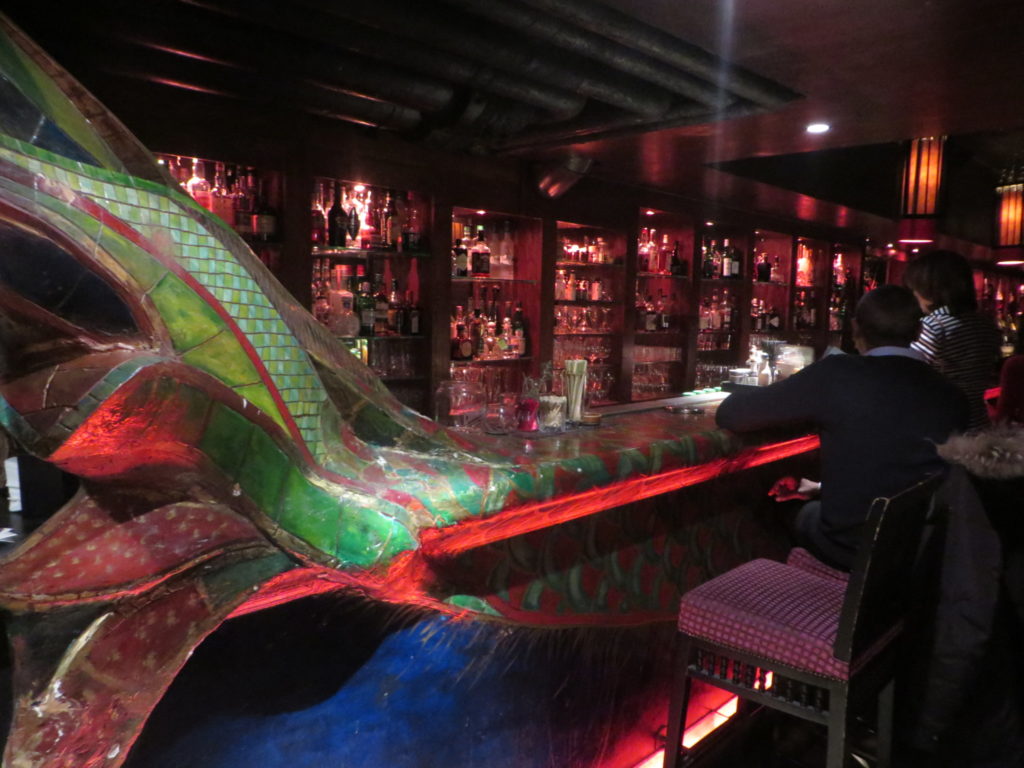 The large statues look like a bit fake, you feel like you are in a kind of Asian Disneyland. In the same style, China in the 12th district is more sober but more efficient. 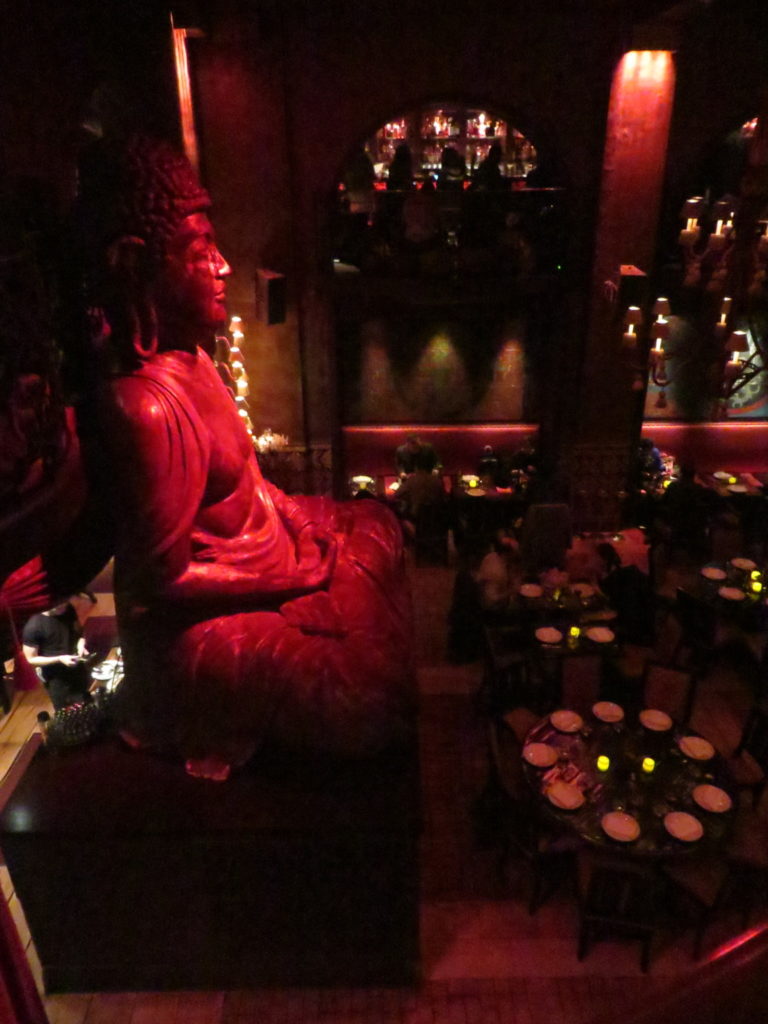 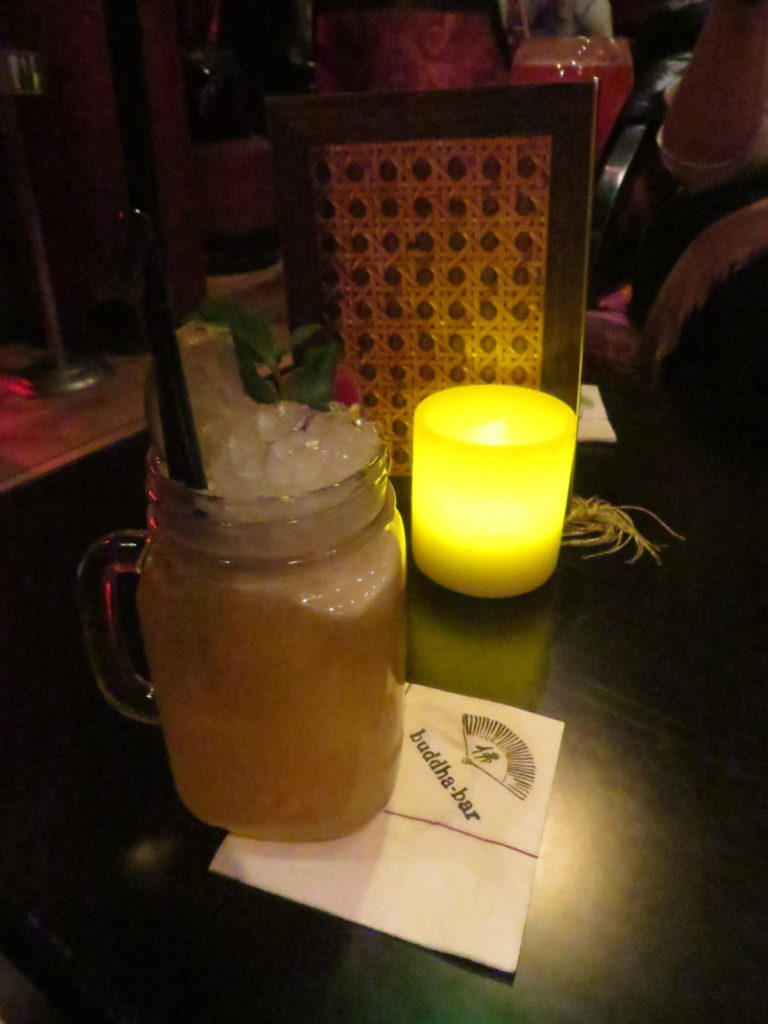 Consumptions are very expensive. The menu contains a fairly high number of creations sold between 18 and 22 euros. Original but not outstanding, these mixed drinks are generally below the quality of others offered in cocktail bars we usually frequent, and especially much more expensive. I took The Ultimate, a long drink served in a strange glass (mix between a choppe and a jar of the trendy current jam) and composed of Rhum Pompero Especial, Rhum St James, fresh Pineapple, Lux Maraschirno, Cointreau, Milk Almond and Maracuja juice. Served with a mountain of ice it is good but it is quickly getting drowned… That’s bad, and at this price you would appreciate a little more quality. 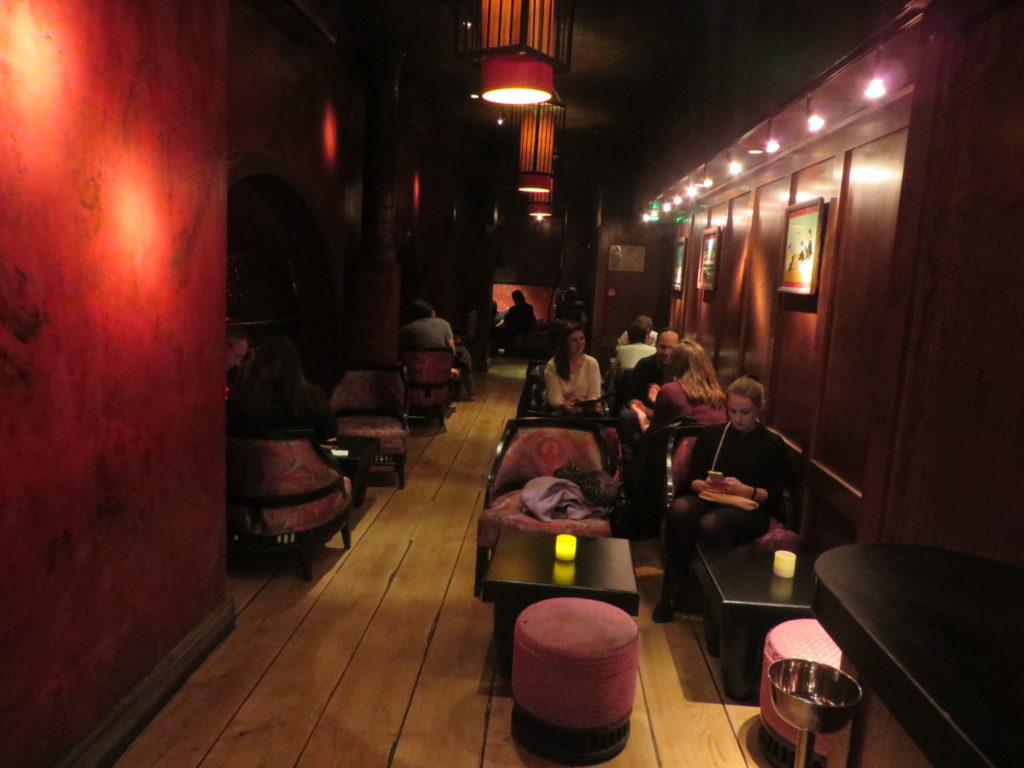 The Buddha bar is also known for its electro mix. Some of these have been rewarded with gold records. The musical atmosphere is very calibrated with a sequence of classical pop remixes and session extra sax on sounds more confidential. It must be admitted that is really something ! The setting, atmosphere, and comfort of the chairs make for a good overall evening.

Find all Guillaume’s other articles presenting good and sometimes bad parisian addresses. Follow him on his blog Parisian Walkways and on his Facebook page