The  Roland-Garros tournament, also known as the French Open Tennis, takes place every year from mid-May to early June in Paris. Everyone has heard of it, everyone knows the great tennis stars who succeeded each other to win or lose. But who really knows the history of Roland Garros?

Answer today in this item !

The genesis of the French tournament would start in 1891 in Paris, under the name of French International Tennis Championship. It is organized on grass courts at the Racing Club of France, and takes place only during a day with 5 concurrents. Beaten by an Englishman during the first edition, it is a French man who imposed himself in 1892. 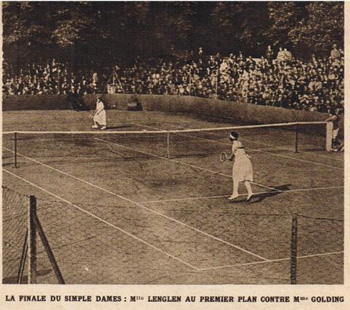 But quickly, as early as 1897, women’s tournaments are organized ! It is therefore one of the first sports, after horse riding, which quickly includes the participation of women in international events.

From 1902, the championship evolved by creating the tournament of mixed doubles, then in 1907 the double ladies (always a few time after…). But in 1912, the emergence of tournaments on clay, thanks to the patron Duane Williams, shade the French event which will fall into oblivion until 1923, before having a last edition in 1924 at the French Stadium.

In 1925, the French Open tennis tournament finally came to an end, alternating between places until 1927, at the Stadium of France in the Saint-Cloud Park or at the Racing Club de France. Following the victory of the Davis Cup by French men, “Les Quatre Mousquetaires”, the Stadium of Roland-Garros is built to organize a sort of revenge. And here is the creation of the event that we know today ! We can not really talk about the Roland-Garros Tournament before 1928.

A stupid question often unanswered. Why did they decide to call the new clay court “Roland Garros” ? Well, it’s just an agreement between the French Stadium and the organizers of the event. Indeed, the first decides to give three hectares of land to the seconds, near the Porte d’Auteuil, provided only that the new stadium has the name of one of its members. Rather sympathetic as an arrangement, isn’t it ? 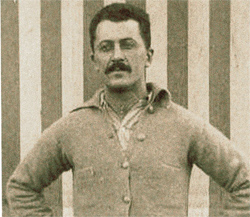 It is Emile Lesieur, President of the French Stadium and promotion friend (from HEC) of Roland Garros, who decided to name the new stadium as his friend. This one disappeared 10 years earlier for France at the dawn of the armistice of 1918.
In addition to being a former licensee of the French Stadium, Roland Garros was the first navigator to pass the aerial crossing of the Mediterranean Sea in just 8 hours of flight. It is therefore a beautiful tribute to the aviator, on behalf of the large family that formed the French tennis at that time.

3 | What happened during the Second World War ?

During the darkest period of history, the Roland-Garros Stadium was requisitioned by the authorities in 1939 to become a transit point for persons named as undesirable (because foreigners): about 600 people. They are therefore parked there, just the time before to be transferred. 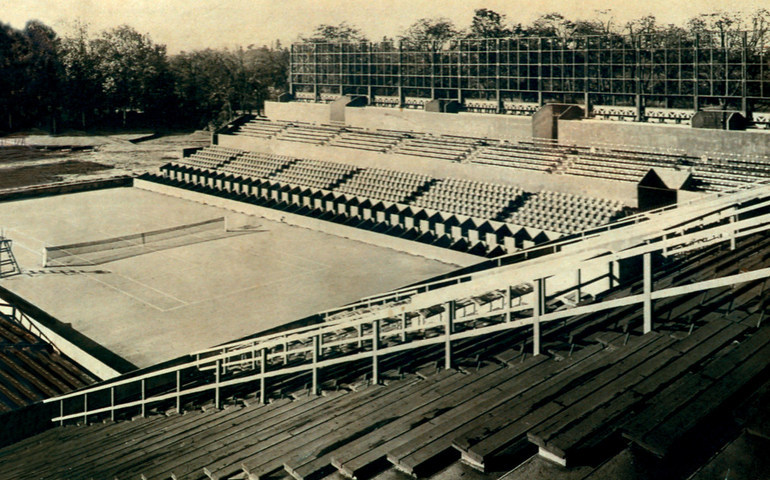 Built of Roland-Garros Stadium
From Overblog

However, from 1941, the tournament resumes under the name of “Tournoi de France”, because only the French and francophones people could participate. Some of them took part before fighting for liberation, like Bernard Destremau ; others on their return from the war. Women continued to participate, as Raymonde Veber Jones who won the tournament in 1944, despite the strong German dominance in the early 1940s.

In spite of everything, these tournaments do not fit into the Roland-Garros charts, which is considered stopped in 1939 and resumed in 1946, after the war stopping in May 1945.

4 | Famous people of the tournament

At first, the tournament was, as for the Olympic Games, open to amateurs. We can note especially the victory of the French Four Musketeers. It is only after the Second World War that tennis professionals really began to impose themselves. 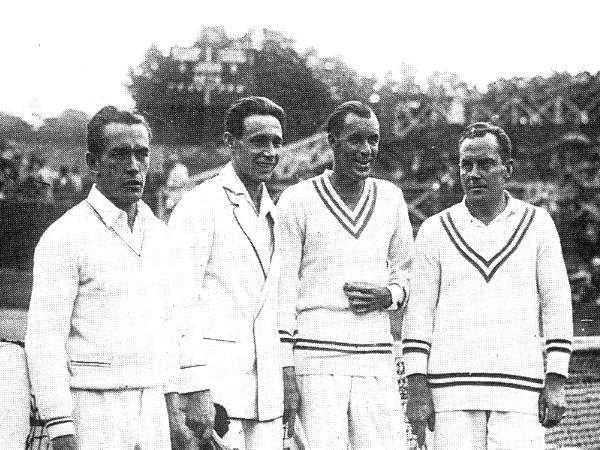 The Three Musketeers
From Overblog

We can not talk about Roland-Garros without mentioning the battle between Jean Borotra and René Lacoste. The latter, creator of the brand Lacoste which at the time was predestined exclusively for the clothing of tennis players, was nicknamed the Crocodile or Alligator, but bowed to his opponent. In spite of everything, he continued his tennis career as an amateur and became champion several times, while taking his revenge against Borotra.

After the war, the tournament is dominated by American people. They include Tony Trabert, Frank Parker, and some tournaments often end up dueling between American compatriots. Among women, the observation is the same: American women dominated and were dueling, like Margaret Osborne and Pauline Betz. 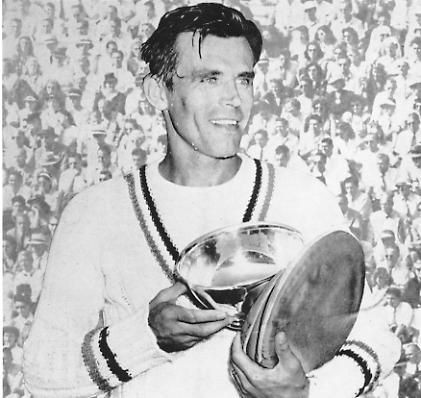 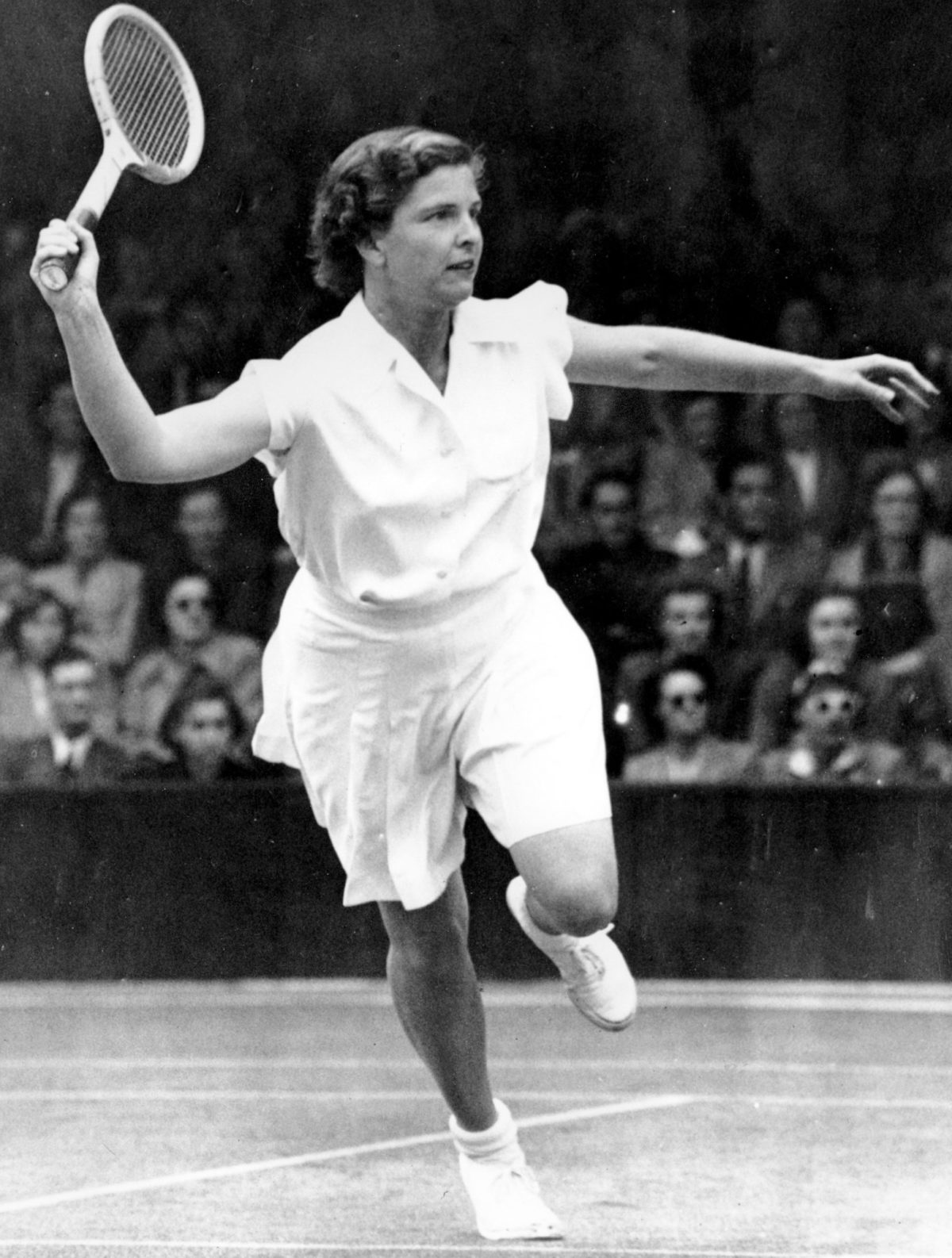 This American emergence was notorious until the 1960s, which was later crushed by the Australian decade. Rod Laver won all the Grand Chelem tournaments! In 1968, the Open era (amateurs and professionals) began. And it is the Australian Ken Rosewall won the first Open title. The Australians women also dominated the tournament, with the figures of Margaret Smith Court or Ann Haydon-Jones. 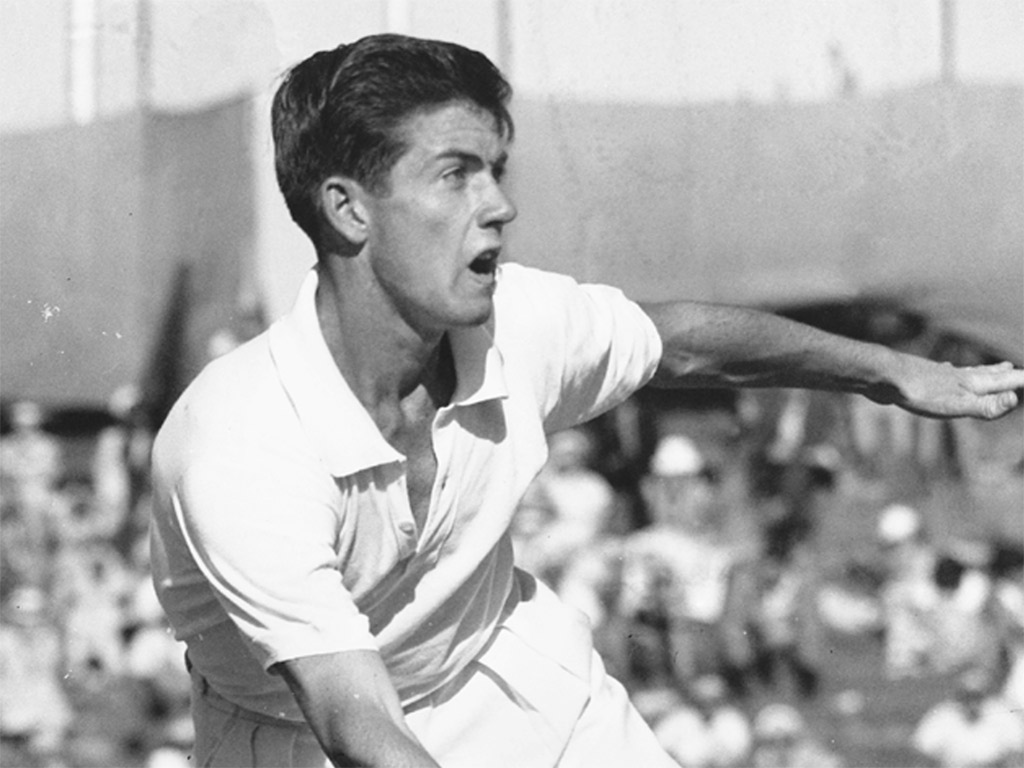 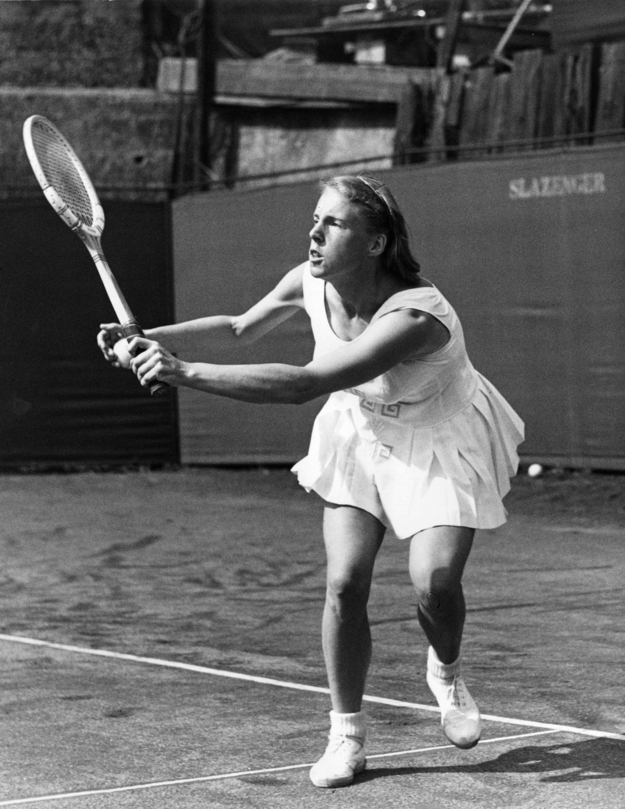 Ann Haydon-Jones in 1969
From BuzzFeed

Despite May 1968, the tournament is maintained but under high tension, unlike the Cannes Film Festival, canceled because disrupted by students and the positions of directors and actors.

Finally, the great history of Roland-Garros is marked by the Swedish supremacy, by the victory in 1974 of Björn Borg, which lasts its victories until 1981. It is the biggest champion of the Grand Chelem until then. 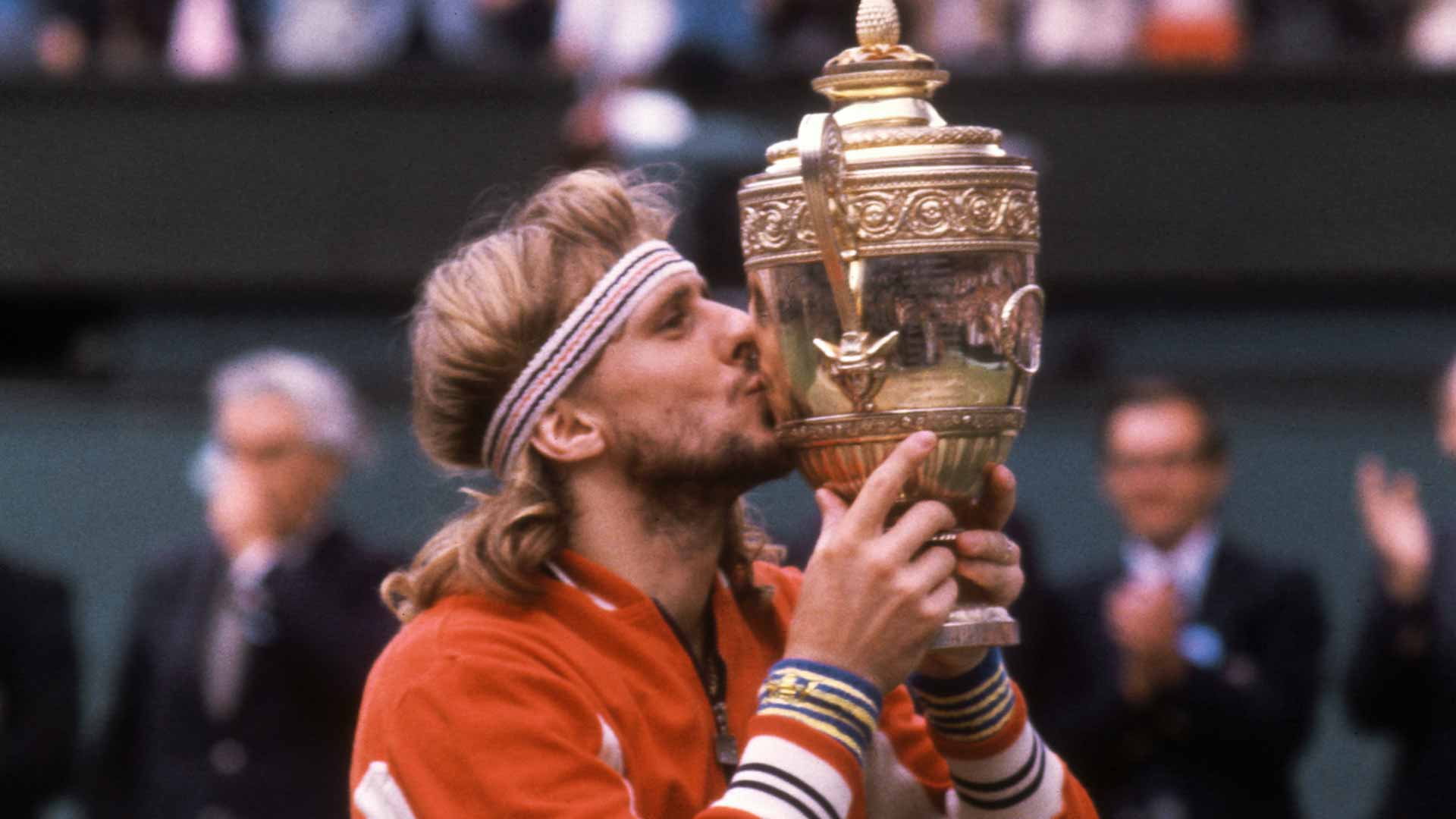 The first victory of a man of color happened thanks to Yannick Noah in 1983. And he is also the last player to win using the traditional wooden rackets. But between Björn Borg’s first victory in 1974 and Stefan Edberg’s final in 1989, Sweden won nine of the sixteen tournaments played. 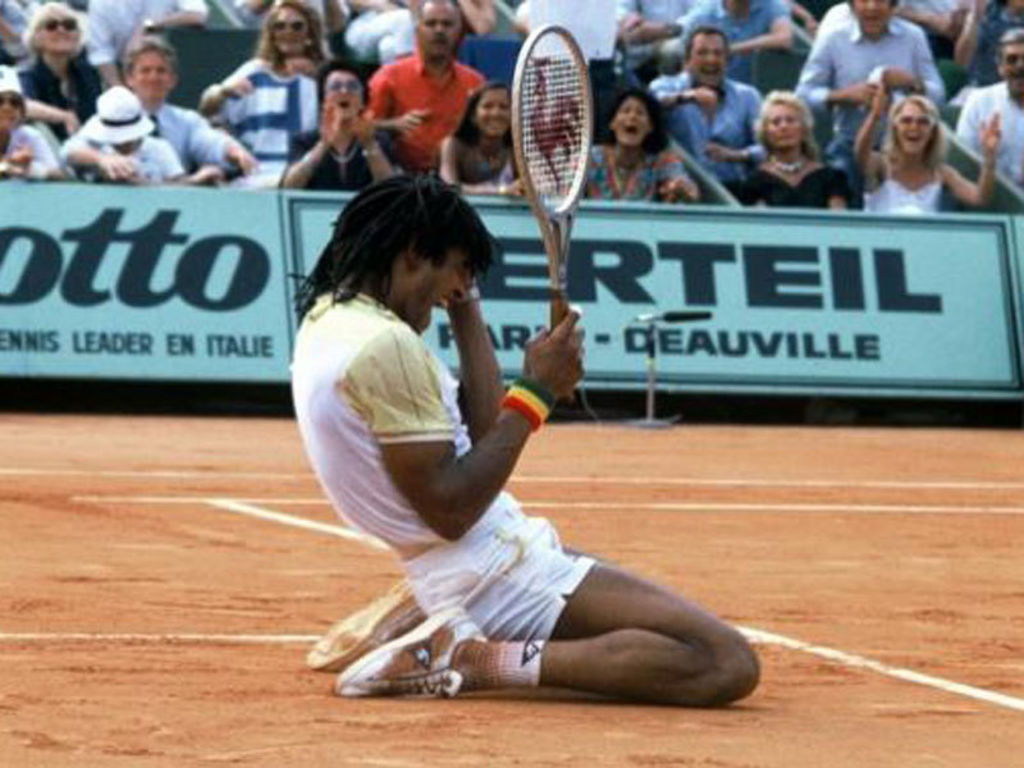 Since then, Roland-Garros has seen new champions. Almost entirely professional (as for the Olympic Games), the tournament traditionally takes place the last week of May and the first week of June at the Roland-Garros Stadium. The most important celebrities of recent years are none other than the Williams sisters, Rafael Nadal, Roger Federer, Novak Djokovic. And everyone wonders each year who will face who in the end. Federer-Nadal ? Federer-Djokovic ? Nadal-Djokovic ? This year, the probability is limited by the Federer package. But who knows, maybe the French players will be in the game, as well as the English players !

Roland-Garros remains one of the great events of the Grand Chelem tournament. It ends the season on clay before the opening on the grass. It remains the tournament certainly the most prestigious, because ancient, and the most difficult on the physical level. 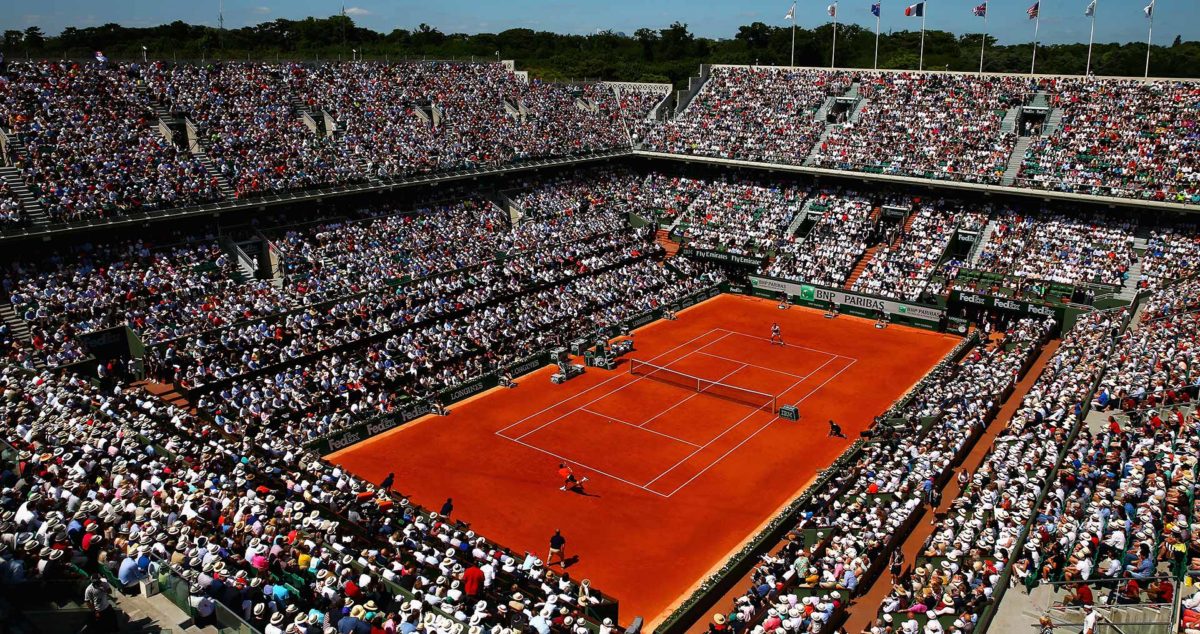 And here you have a sum up of the history of the tournament ! You will be able to impress your friends at the opening !

See you soon for new items ! ♥