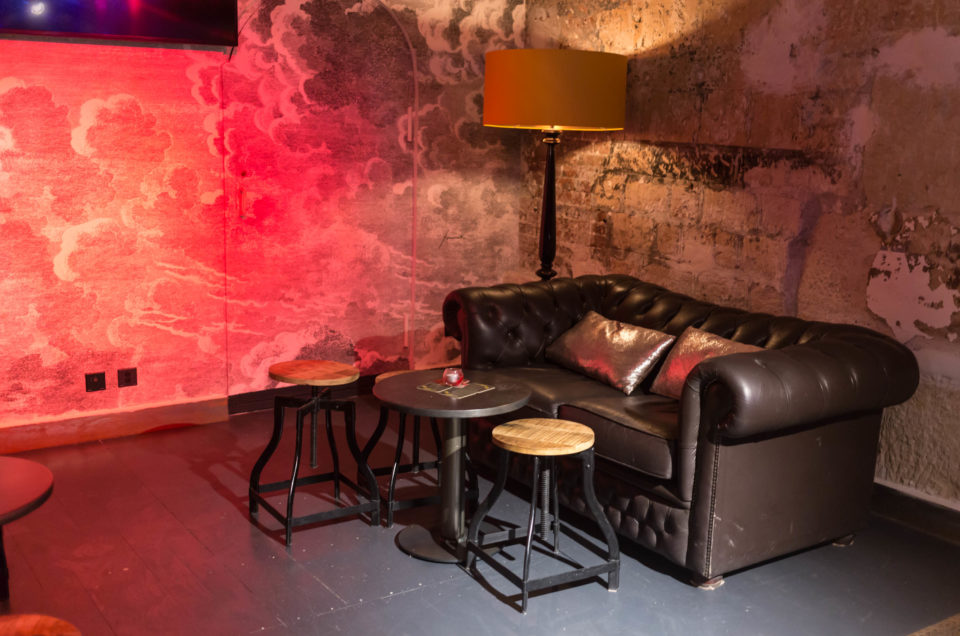 The vision we have of the classic British PUB comes down to dark wood, a smell of beer and screens broadcasting cricket matches. Since 1993 and the opening of the Frog & Rosbif, Paul Chantler, founder of the FrogPubs, tries to get out of this cliché by decorating its establishments according to the district in which they are located. In 23 years, he created seven Parisian pubs. So we can say that he has obviously succeeded in his bid: to offer the perfect pub, adapted to a 21st century clientele demanding in terms of product quality but also in terms of comfort. It’s the Frog & Underground ! 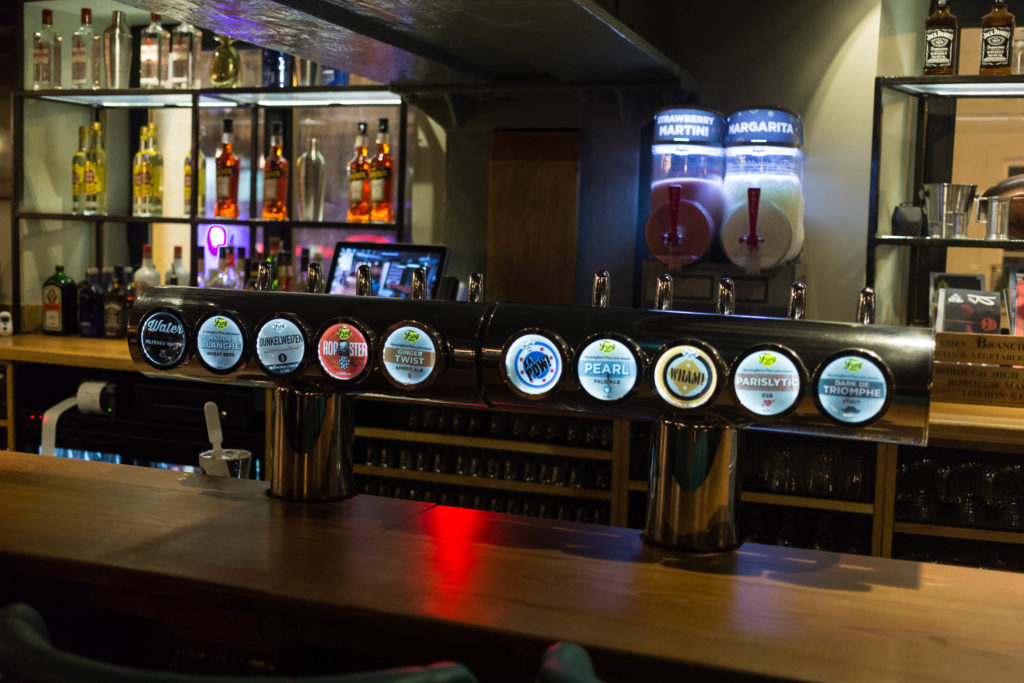 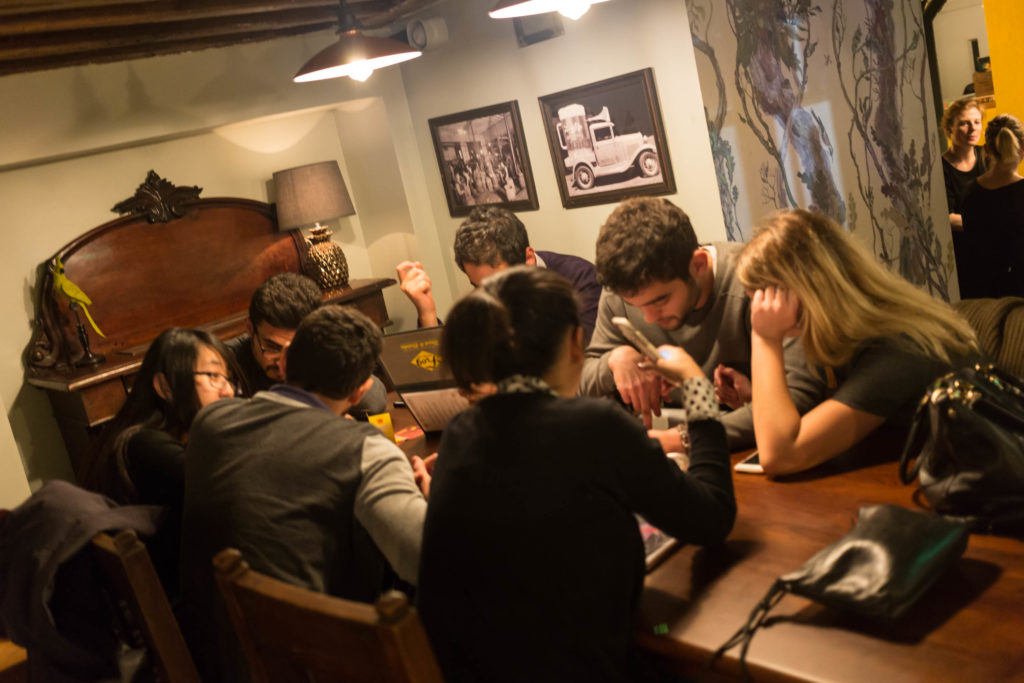 Opened in September 2016 next to the Grand Boulevards, the Frog & Underground is a real warship. It is ready to meet all (or almost) the requirements of its customers. The bar spreads 370m² over three levels. It has also very modern facilities in terms of sounds, lights but also conveying drinks. 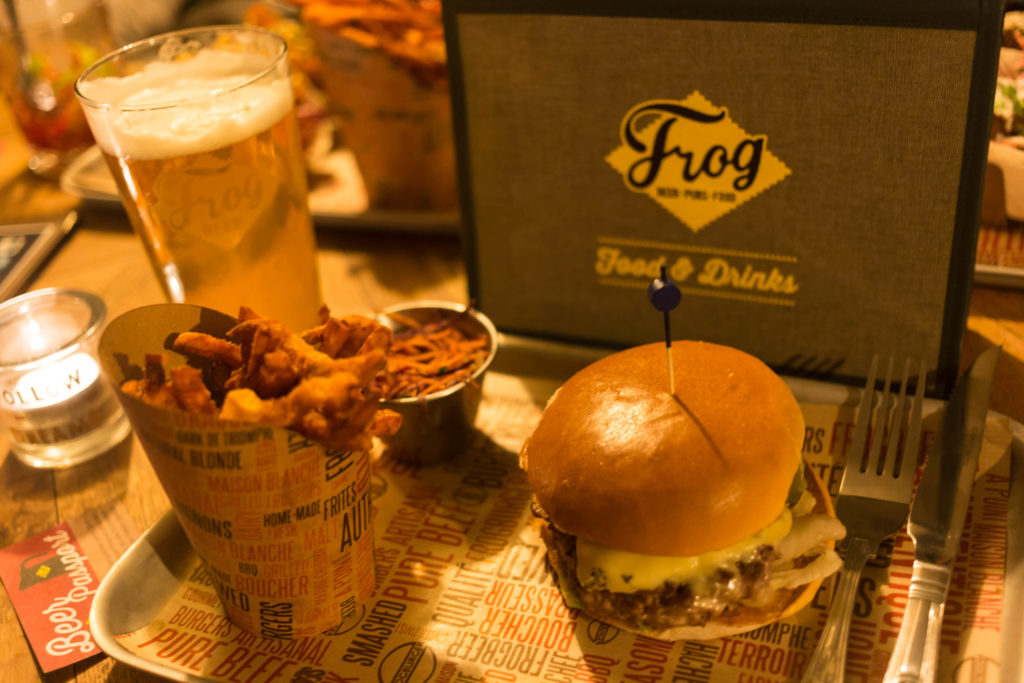 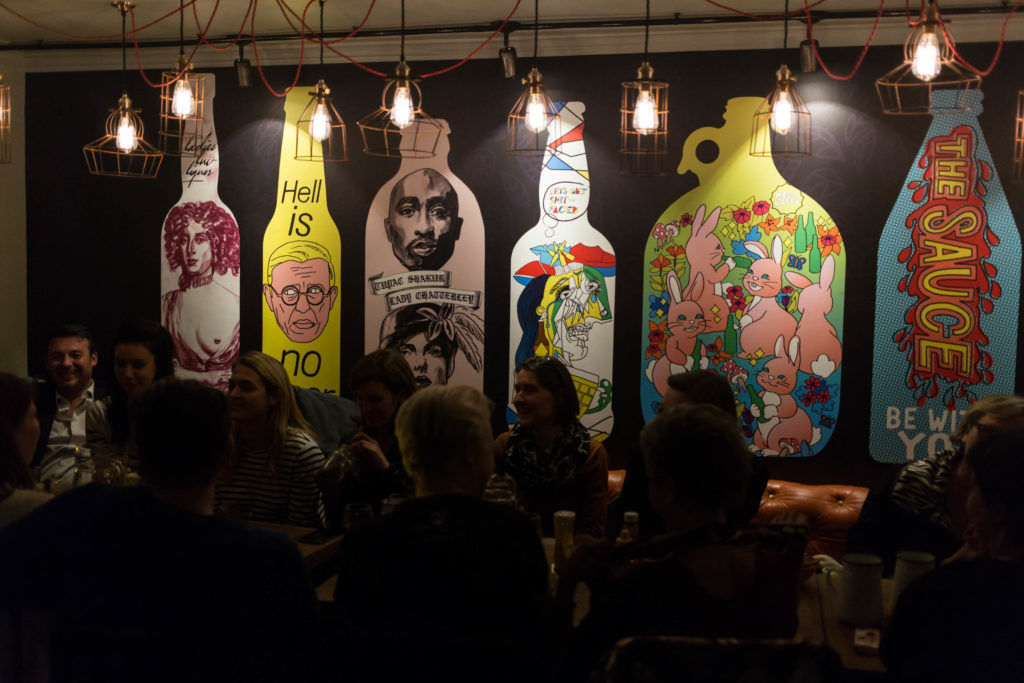 Indeed, you can privatize each floor and enjoy a total independence. The basement gave at the establishment its name. It has its own bar, a dance floor but also several flexible spaces allowing to create small alcoves, even independent. 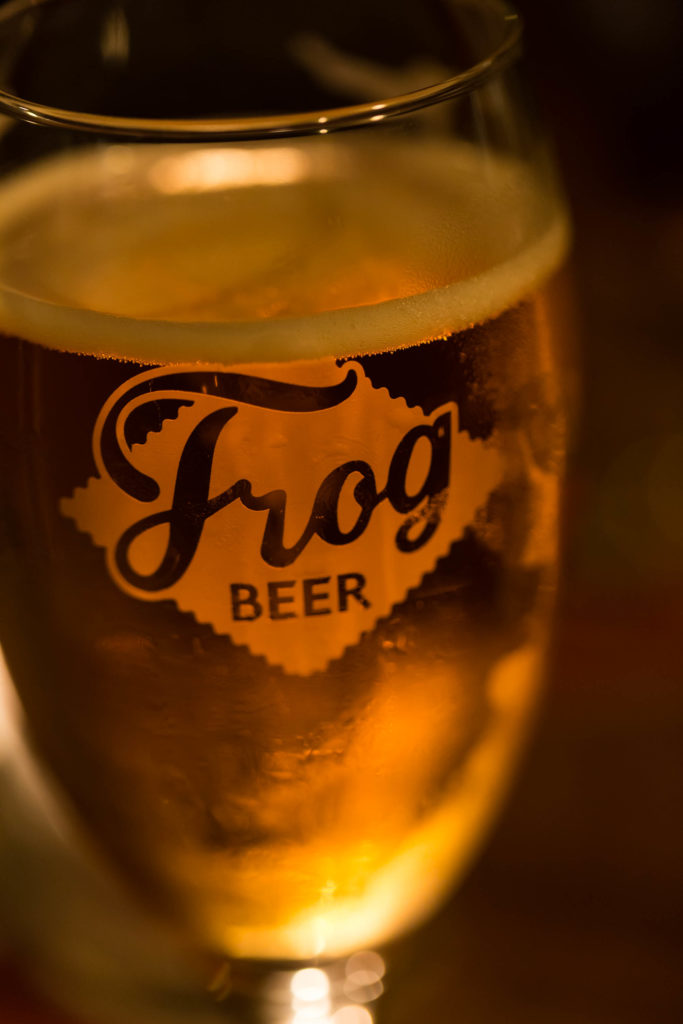 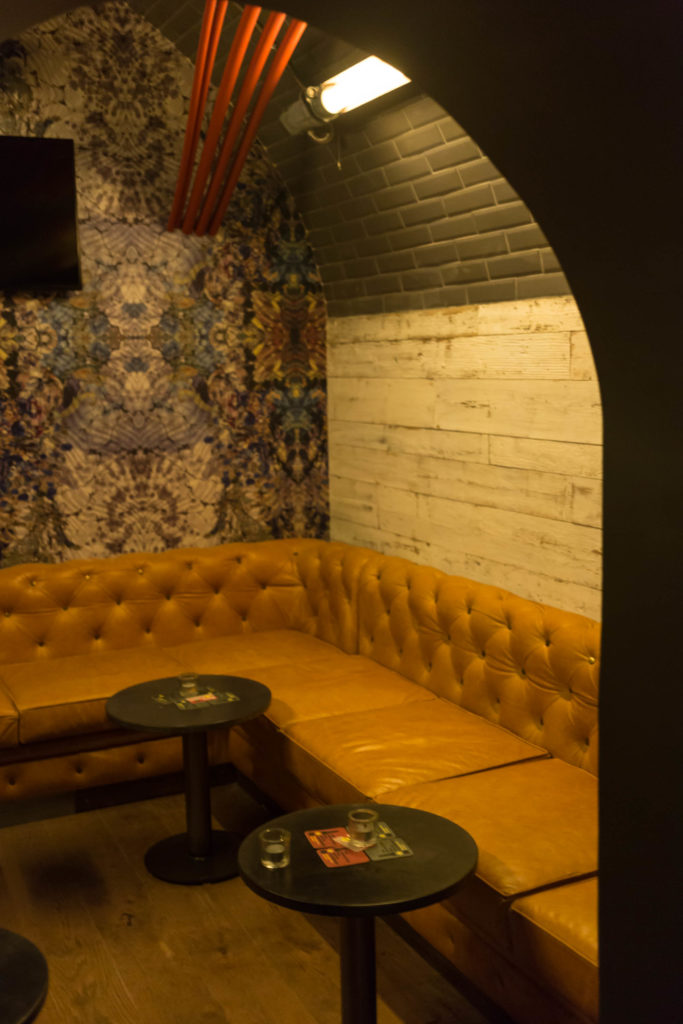 In addition, a classic decoration is not enough to satisfy this unprecedented space. That is why FrogPubs called some artists to design a sharp and comfortable interior. Frog & Underground warmly welcomes you in an audacious and harmonious blend of old and new styles. On the ground, the unrefined concrete is next to the cement tiles. And on the walls the bricks are looking to steel sheets. There is a joyfully mix of wooden chairs, leather armchairs or sofas to vary the seating and comforts. 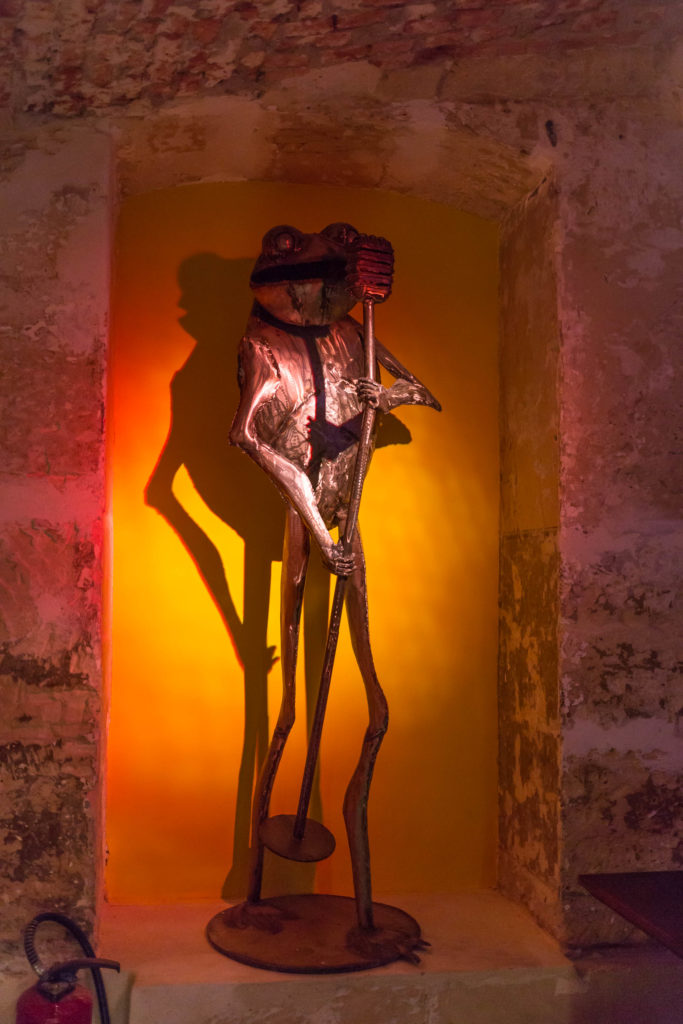 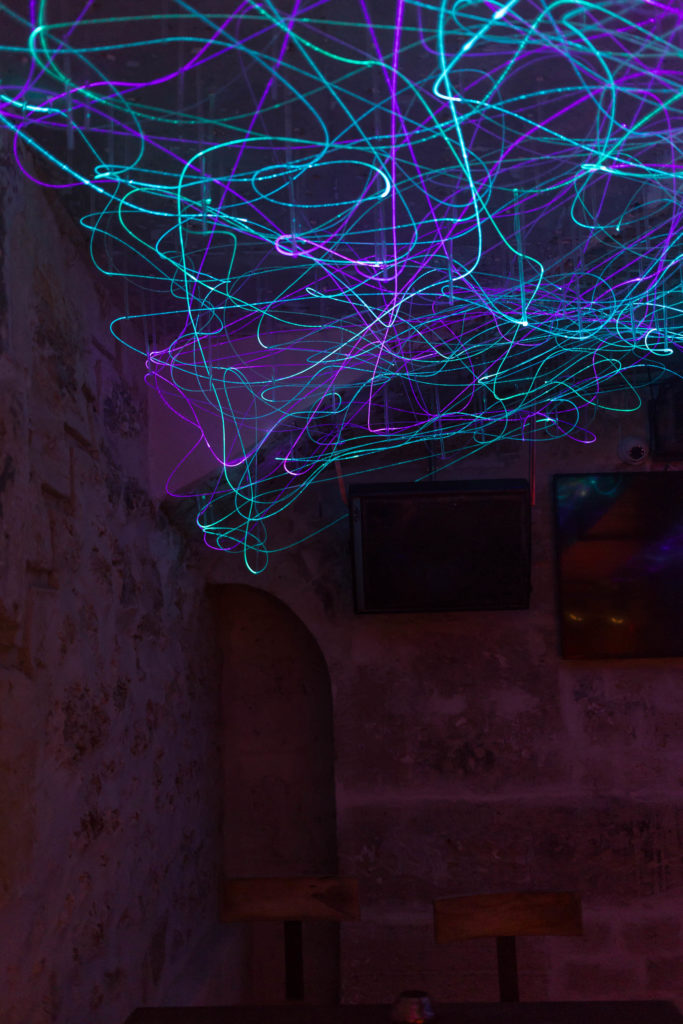 You understand it, the decoration of the bar is the real asset, which allows it to stand out from the competition. However, a FrogPub would not be a FrogPub without the famous FrogBeers. Or the Genuinely Good Burgers you can find in all the establishments of the brand. At first, Frog was aParisian artisanal brewery that evolves continuously. Today, it’s the same concept but in a pub chain. Each year, the master brewers team proposes you new products inserted its sparingly in each bar. At the Frog & Underground, the selection of beers changes every week … 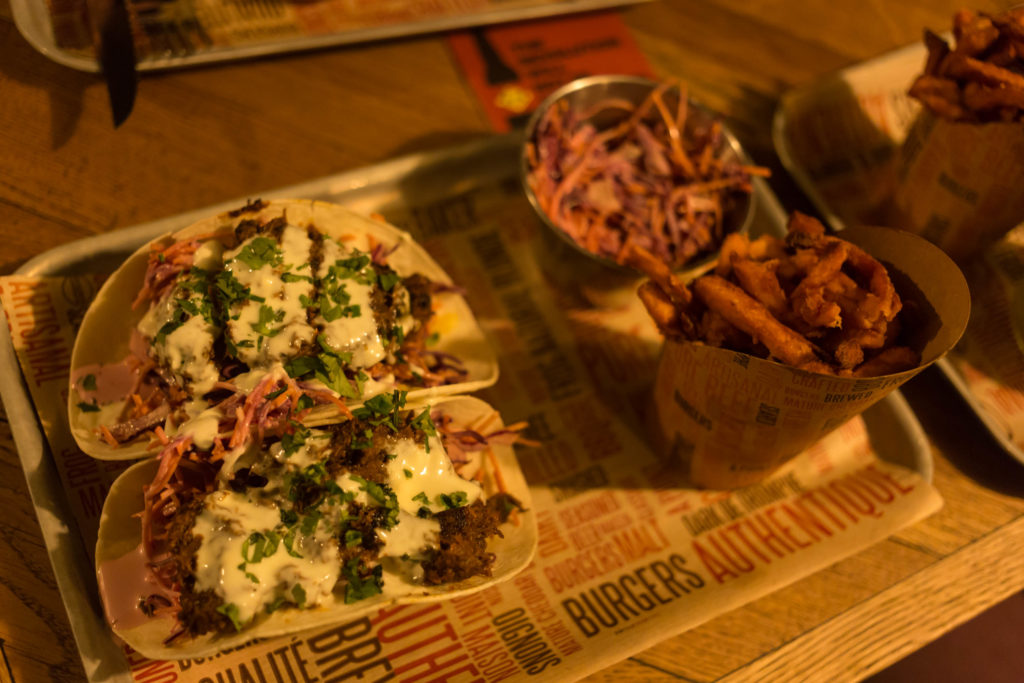 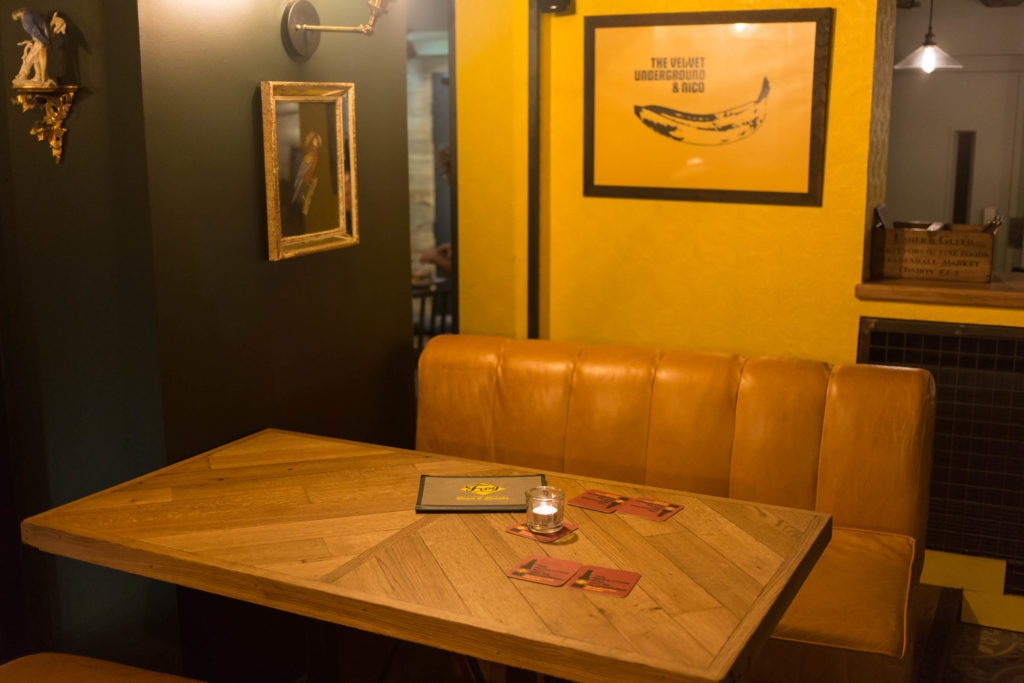 To conclude, the Frog galaxy enters into a new world thanks to this new bar. The one of the comfortable pubs in addition to consuming authentic products ! You have the possibility to spend a moment in two, to meet friends or to go jiggle on A dance floor. The pub of the future as we said !